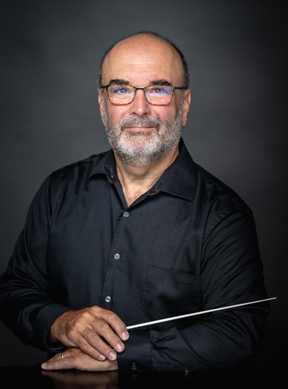 Located in beautiful Meredith New Hampshire, the Lakes Region Symphony Orchestra is a 501(c)(3) non-profit organization that provides the best classical music performances for central New Hampshire during the fall, winter, and spring. Under the baton of Conductor and Music Director Benjamin Greene, LRSO performs a variety of music ranging from the classics of Beethoven and Mozart to popular music including the sounds of Broadway, movies, and orchestral Pops classics.

The orchestra typically performs 6 concerts per season: one concert in November, two holiday concerts in December, one in March, and two Pops concerts in May. The classical November concert features the talented winner of our annual Student Concerto Competition. December's Holiday Pops showcases local talent ranging from individual singers and duets to barbershop groups and choirs. In March we return to more classical form, and the season winds down in May with two stellar Pops performances. See our Ticket Information for more details.

Established in 1975 the LRSO is an offshoot from the renowned New Hampshire Music Festival. In 1988 a board of directors was formed, which created the orchestra as it is today. The orchestra is comprised of amateur and professional musicians of all ages from approximately 30 New Hampshire and Maine communities. Some members have been with the orchestra for more than 20 years.

Young music students are encouraged to join the orchestra for an amazing group experience. Each year LRSO sponsors its annual Student Concerto Competition. For over a decade this competition has offered New Hampshire's top-tier student musicians the chance to compete for scholarships and the opportunity to perform as the featured soloist with the Orchestra.